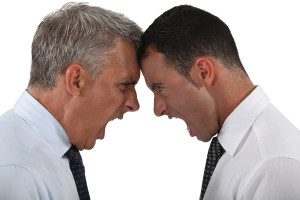 Most people make decisions based on their mood and emotions and not based on practicality or analysis. Hence they sabotage their own success.

Ignorance is not an excuse: only ignorant and uneducated people make decisions on hearsay. I personally distance myself from such individuals. These are folks who live their lives gossiping and taking what others say as gospel. I have written on several occasions about issues and conflicts between business partners, couples and friends. Yet, it amazes me still when I see school educated individuals make business decisions, relationship decisions and friendship decisions based on what someone told them, be it negative or positive.

One of the certainty in failure is the reliance on hearsay to make decisions. Individuals who are responsible for directing a group or organization should always make decisions on sound factual information. When you make decisions based on facts, you are in a much better position to be successful.

I have managed several organizations and groups over the years, and I have always felt that for me to sleep better at night, it was imperative that the decisions I made that affected my employees or colleagues was based on factual data. Anytime there was a dispute amongst employees or peers and it required my involvement I demanded, and made certain, to hear both sides or I would not make a decision on the matter.

When we are fair it gives us a “put my mind at ease status”. There are times that being fair may hurt the ego of one of the two parties, however, we all get over that ego sentiment once we realize that it was the fairest and most appropriate decision. We tend to accept anything that others say to you about someone else especially when you already have a tainted feeling about that someone else.

One common mistake that we as individuals make is to assume who someone is, based on the opinion of others. Social media and other information gathered in print media or emails bring us to making decisions about an individual before even meeting that individual. That is absolutely reckless. I have been in situations where friends have told me to watch out for someone if I am going to work with them. They have given me information about individuals without me asking. In many instances the information was half true and on other occasions it was a fabrication.

Do your own investigation about people you are interested in creating or maintaining a relation. Don’t make decisions based on what others say. When you want to know about anyone, the most direct, sensible and more probable best way is to JUST ASK THAT PERSON. Get it from the source. You are most likely able to get the truth when asking directly. No filters. You can always sense if that person is not giving you the correct answers based on their body language and your instincts.

When clients consult me to mediate any disputes amongst partners or couples, I insist on hearing both sides of the argument or dispute. Then, I highlight the plus and minus of the situation and solutions are then provided. The end result, as far as am concern, must be a win-win. I have learned over the years that being direct, factual and decisive is the best way to run an operation. You get much more respect from your employees and colleagues this way. Of course, it goes a long way in your friendships.

I urge you to be responsible of your actions and if you have made decisions about others that affected them negatively, because of hearsay, that you go back to those individuals and make it right. It is never too late to try to make things right for those you have unjustly wronged. It is cowardly to know you have done wrong by others and not attempt to fix it. You are a bigger person and a much more powerful person when you admit to making the least appropriate decision and you work to make better decisions that include reparations.

If you want to discuss this topic or others, please call me at 973-390-2926 or contact me via email anibal@anibalalcantarajr.com