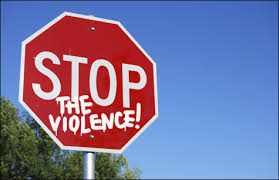 Do you know what it is to feel scared of stepping out of your own house? Having to worry about what will happen to you? Itâ€™s hard to think that kids just like us are responsible for creating a life of fear for everyone. Most of us kids have lost trust in ourselves because of how we live, I know I have.

Itâ€™s hard to believe that kids are out there being recruited by other gangs, killing and abusing people just the same as them. I feel bad for these kids because they are the way they are because of their surroundings. Which could possibly be the reason for them to join a gang? I bet it would be just perfect for parents to claim that the children are responsible but their wrong. The child isnâ€™t the only one to blame. In my very own opinion I say that parents take a big part in how their children behave. Parents need to know that kids act on what they see.

With that said, I think it comes down to surroundings. If children my age observe and act on what we see going on, nothing will get better. Not too long ago I was walking down this street in downtown Newark with my friends when I saw this older lady being abused by this younger guy, maybe about 18, 17 years old. After screaming at each-other I noticed the kid was a little ticked off. He swung his left fist at her stomach and then at her face with his right. Itâ€™s sad.

Kids feel the need to do as they please. They do drugs and alcohol like itâ€™s nothing, which is not true. Nothing is meaningless. Parents arenâ€™t enforcing the right rules. In most cases kids realize what theyâ€™re doing wrong and stop, but in other cases they just do as they please.

According to www.cdc.gov, statistics show â€œ5,570 young people ages 10-12 were murdered-an average of 15 each day. Of these victims 82% were killed with firearms.â€ Many of people, kids actually are being abused. Honestly thereâ€™s no reason. High school student surveys showsâ€œ6% reported not going to school an average of one or more days in the 30 days preceding the survey because they felt unsafe at school or either on their way to and back from school. We can helpâ€¦

As I said before, these things happen based on the way they are treated. Most kids learn how to control themselves, but others donâ€™t have that ability. It hasnâ€™t been taught to them. So they struggle and find themselves doing some thing they never thought possible. Theyâ€™re influenced. These influences could be from school, their friends possibly. Even if they donâ€™t have friends. Itâ€™s called socially dysfunctional. Theyâ€™re teased by other kids, ignored and bullied. Does it mean theyâ€™re not socially there yet? Yes. I think most kids need a little bit of help. After searching I found some therapists, with professional experience. We are the children of the future. With help we could make our future a bright one. We need to show that weâ€™re not going to take this anymore, all this abuse, our Families killed. Itâ€™s not right, and I for one am not going to stand for this. We are the children of the future.